Delta Airlines is one of the world’s major airline providers of in-flight internet, with over 1,200 aircraft outfitted with WiFi.

In this guide, we will help you find the cheapest ways to connect to the inflight deltawifi. We explore the pre-purchase WiFi passes and the new in-flight WiFi options.

Delta Airlines offers free messaging on its aircrafts, which allows you to send and receive text messages, WhatsApp Messages, Telegram texts by connecting to the onboard WiFi during your flight.

If you wish to browse the internet, Delta offers satellite WiFi plans from either Viasat or Gogo depending on the aircraft.

The pricing for each internet provider is listed below.

The Viasat plans are currently available on the following aircrafts:

We recommend calling the Delta prior to your flight to see which network provider (Visat or Gogo) is available on your flight – you can pre-purchase the Gogo plans ahead of time.

Gogo all day passes and one-hour passes are valid for one year from the date of purchase. Domestic flights are those that operate between airports in the United States, Canada, and Mexico where network coverage exists.

Access to Delta’s WiFi, like that of numerous other airlines equipped by Gogo, such as Air Canada, Alaska Airlines, and United Airlines, can be purchased prior to any particular trip on a subscription-based plan.

Delta stated in 2021 that it would phase out Gogo Wi-Fi in favor of a partnership with Viasat. In 2021, the airline intended to transfer 300 aircraft, or less than half of Delta’s fleet, to Viasat WiFi. By the end of 2022, Delta aims to upgrade all of its domestic fleets with Viasat WiFi.

Follow the steps to connect to Delta WiFi once you’ve boarded your Delta aircraft:

What Is Delta Airlines WiFi SSID?

How Much Does Delta Viasat WiFi Cost?

Delta WiFi by the internet producer Viasat costs $5 for an entire flight. In comparison to Delta’s Gogo 2ku “high-speed” WiFi, which costs a minimum of $16, this is a significant saving and you can expect higher speeds.

Delta offers free inflight messaging by connecting to the onboard Wi-Fi during the flight. Delta offers paid plans starting from $5 per flight depending on the aircraft and WiFi service provider.

How Fast Is Delta WiFi?

You can expect the following WiFi speeds when connected to Delta flights:

Speeds are indicative of our tests and may vary from your experiences.

Delta WiFi is fast enough for streaming when using the Viasat $5 flight plan. We saw a maximum speed of 30 Mbps and occasional drops to 3 Mbps but it was sufficient to stream Netflix with no major buffering issues.

If you would like to stream while onboard an aircraft, we recommend downloading shows for offline viewing. We experienced frequent drops on 2Ku Gogo’s satellite internet and the WiFi struggled to meet a measly 1 Mbps.

Does Delta Airline Have a Day Pass for Wi Fi?

Delta Wi-Fi passes cost $19 for a day pass which provides 24 hours of continuous access on any domestic Gogo-equipped flight. Delta WiFi passes for international travellers are $28 for a global day pass, which is usable on one or more Gogo-equipped Delta flights regardless of path.

What is Delta Airline’s Mission Statement

Delta Airline’s mission statement is “we—Delta’s employees, customers, and community partners together form a force for positive local and global change, dedicated to bettering standards of living and the environment where we and our customers live and work“

What is Delta Airline’s Vision Statement

Delta Airline’s vision is “to be the World’s Most Trusted Airline.” 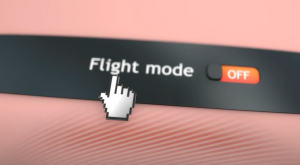 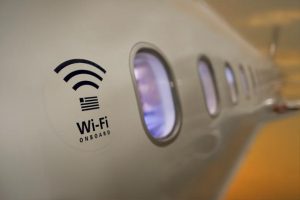